Unleash Your Potential
Home Who We Are Our Team
OurTeam

Hale Educational Consultants are graduates of top US and Canadian universities and experts in the application process. They are  deeply familiar with the challenges and concerns that face students and families applying from overseas. We are the gold standard in North American college admissions, and your success is our priority. 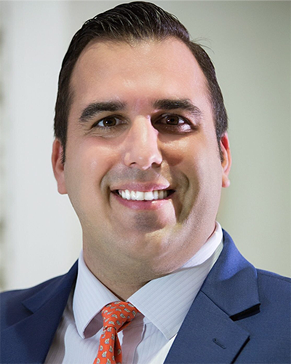 Peter is a first generation college graduate, born and raised in Boston, Massachusetts. He graduated Phi Beta Kappa, with a double major, from Johns Hopkins University and spent his junior year abroad completing the General Course in International Relations at the London School of Economics. Peter holds master’s degrees from Oxford University (Lady Margaret Hall) and Harvard University (Graduate School of Design), where he was selected Marshal of his class, and has completed UCLA’s Certificate in College Counseling with Distinction and IECA’s Summer Training Institute. As a student, he received numerous awards and accolades, including the Graduate Merit Award for study at the London School of Economics, Harvard GSD Alumni Council Unsung Hero Book Prize (awarded to the student that contributes most to student life outside of the classroom), the Harvard GSD Colloredo-Mansfeld Prize for Superior Achievement in Real Estate Studies, the Harvard Real Estate Consortium Founders’ Award, and membership in the Phi Beta Kappa, Golden Key, Order of Omega and Pi Sigma Alpha National Honor Societies. 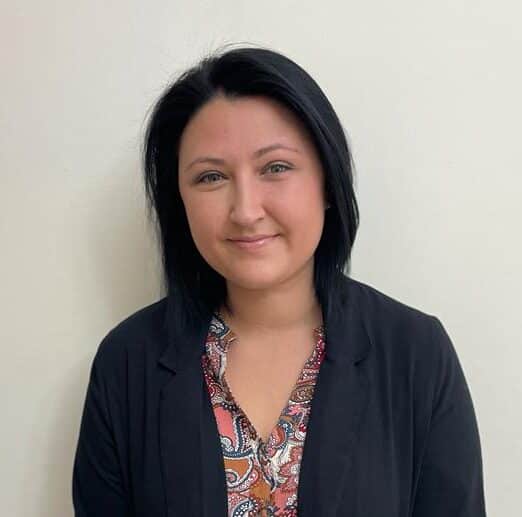 Renette was born and raised in a small town, Swellendam, South Africa. At the age of 18, she studied a Culinary Diploma at Warwick Chef School. Expanding her career in Hospitality from Commi Chef to Restaurant Management. Renette has 12 years of experience in the Hospitality and Tourism industry. Renette relocated to UAE at the age of 27, where she expanded her career goals and discovered her passion, which is effectively dealing with a diverse group of individuals at all organizational levels. She believes that there is nothing more important than hiring and developing the correct people in the work environment as well as providing support and motivating each individual to grow and expand their knowledge and career. 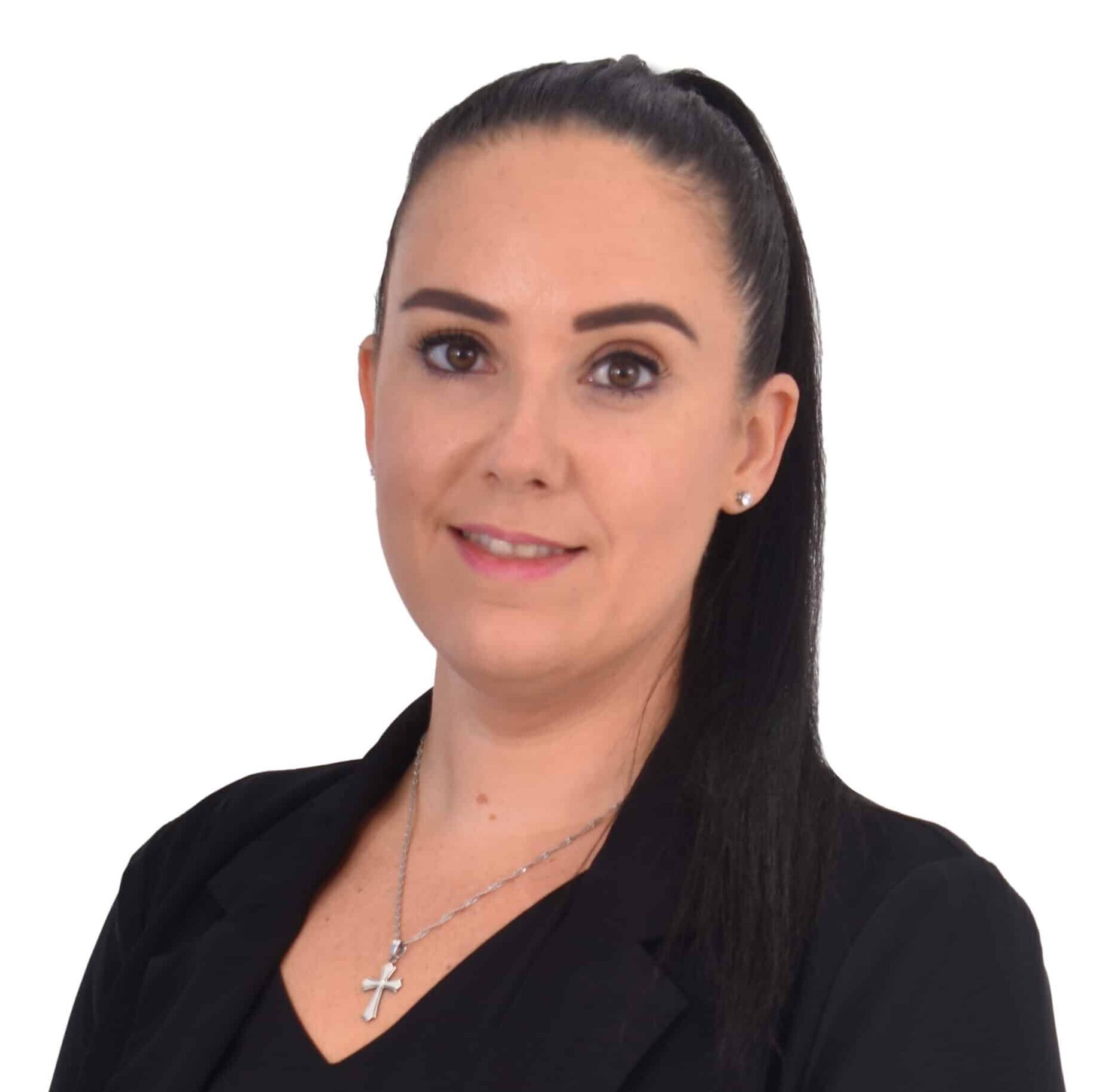 Personal Assistant to the CEO

Candace was born and raised in Durban, South Africa. At the age of 19, Candace pursued her dreams of working abroad and moved to the United Kingdom, London, where she lived and worked in hospitality for 2 years. She then moved back to South Africa and worked for a Tourism Insurance Company for 2 years before moving to Dubai. Candace has spent 8 years in Dubai where she has expanded her professional goals from starting off as a waitress and working her way up in administration roles as an Executive Assistant to General Managers, Executive Chef’s and CEO’s. She has gained many years of experience in Tourism, Hospitality and Administration. 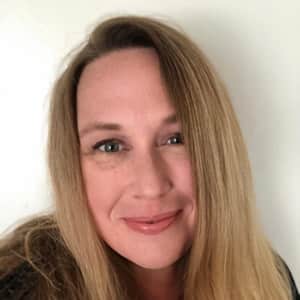 Angie holds a Master of Arts in Educational Leadership from Antioch University and a Bachelor of Arts in Comparative Literature and Russian from Beloit College. She has over 20 years of experience in college admissions, both as an admissions officer and as a counselor. Angie has coached students, families, and professionals in the admissions process, from New York to Singapore, Moscow and Seoul. Angie has worked for three U.S. colleges; spent four years in Russia administering a U.S. Department of State fellowship program; and has worked in Beijing and Shanghai for the last six years. 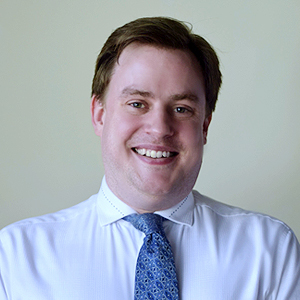 Jeffrey graduated from New York University with a Bachelor's Degree in Linguistics and Languages. After college, he taught English in Lahore, Pakistan for four years where he helped middle school students develop their literacy in English. After returning to the USA, Jeffrey worked 2 years as a Math and Verbal tutor for SAT, ACT, GRE, and GMAT in New York and New Jersey for a leading international test prep company before making the shift to Dubai. He has scored in the top 99th percentile on both the SAT and ACT. With 10 years of teaching experience , Jeffrey capably and efficiently guides students to achieve their target scores on standardized tests. 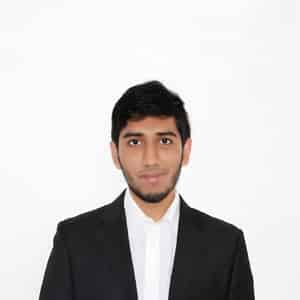 Ijaaz holds a Bachelor of Arts in Philosophy from The University of Chicago, where he was awarded full financial aid. He has previously interned in China and India, guiding over one hundred students through the US college application process. During his college years, Ijaaz also worked with the Office of College Admissions at UChicago and as the Director of Operations of Maroon Tutor Match, a student-run tutoring program serving over 400 students in Chicago. 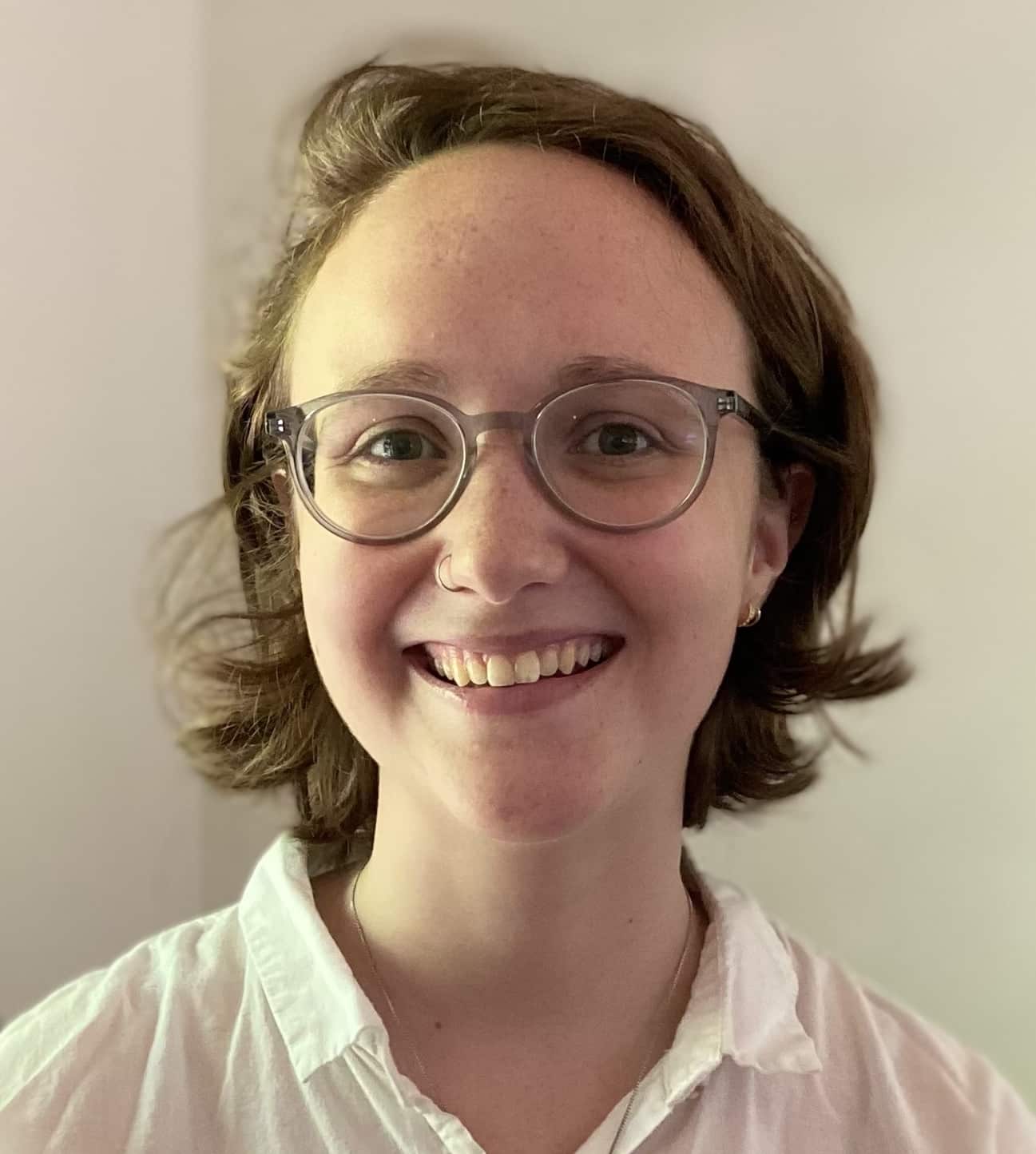 Samantha holds a Master of Education in International Education Policy from the Harvard Graduate School of Education. While at Harvard, Samantha interned for Educate Lanka and the Center for Global Development, as well as collaborated with the KHDA in Dubai as a research consultant working on assisting students of determination during COVID. Samantha attended Marist College for her undergraduate degree in Psychology and Special Education, as well as spending a semester abroad at the University of St. Andrews in Scotland. At Marist, she was the president of the United Nations Club, the senior representative for the Student Government Association, and a student liaison for the Education Department. Samantha received a Fulbright grant as an English Teaching Assistant to Malaysia for 2018, where she worked with secondary school students in Kangar, Perlis. 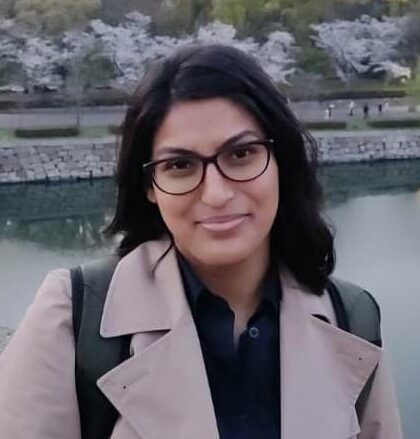 Hailing from Toronto, Canada, Fiona holds a Master of Arts degree in Islamic Studies & Gender and Women’s Studies from McGill University. She also completed her Bachelor of Arts degree at McGill, with concentrations in English Literature, Political Science, and World Religions. While in university Fiona studied abroad in Amman, Jordan, and has since lived in various countries. She is a certified TESOL/TEFL/TESL instructor with experience teaching in Costa Rica, Canada, and Japan. Fiona lived in Japan for three years and worked as a Course Instructor at universities in Osaka before relocating to Dubai. She enjoys cooking, journaling, and patronizing cafés. 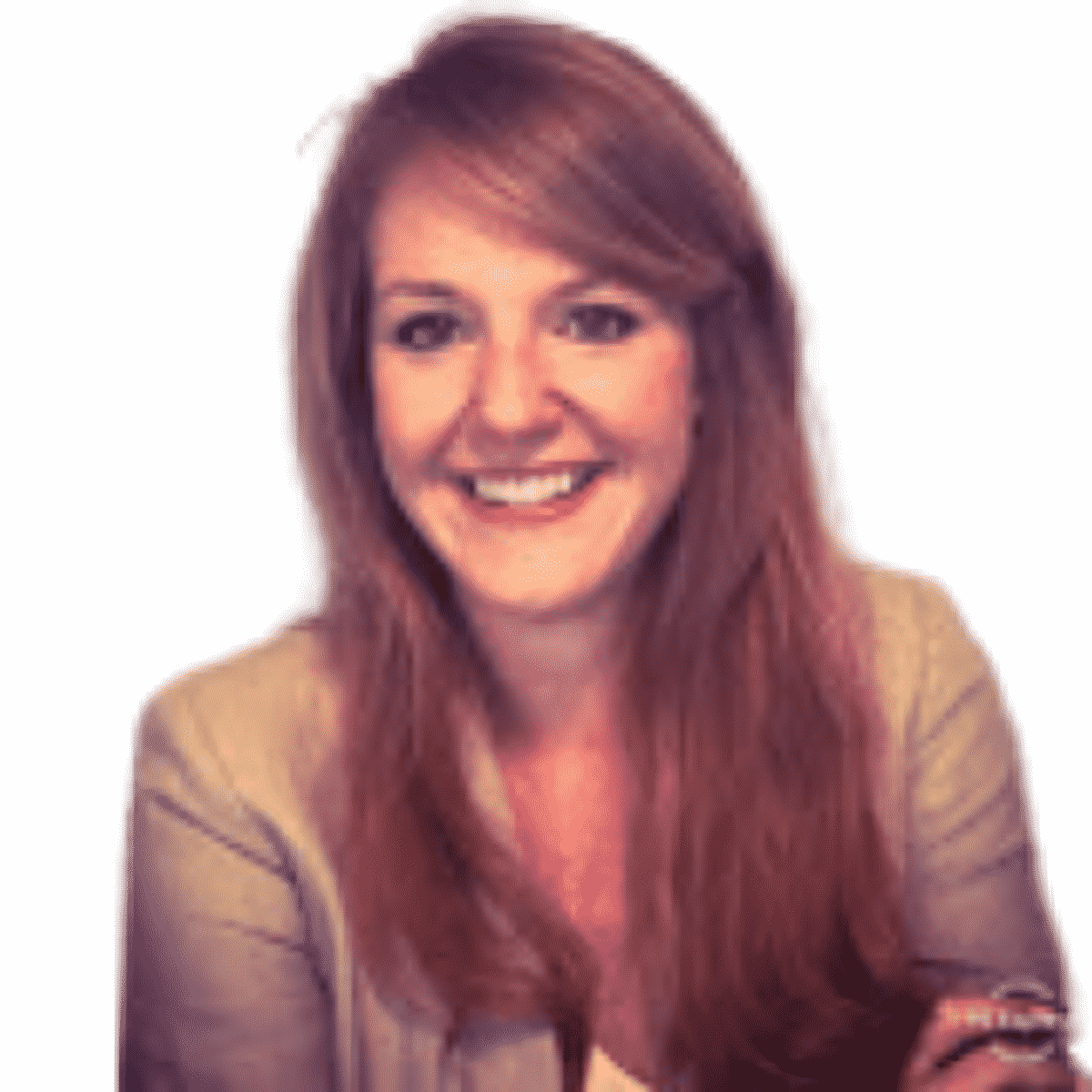 Tiffany holds a Master in Arts in Theory and Practice of Human Rights from University of Essex and a Bachelor of Arts in Political Science and African Studies from University of Arizona. While at university, Tiffany interned for the UN and participated in the IRC initiative for refugee education.  Before joining Hale, Tiffany was a English Language Fellow with the State Department in Hungary. She has also worked on teaching initiatives in Afghanistan and is a former Peace Corps Volunteer in Jordan and Moldova 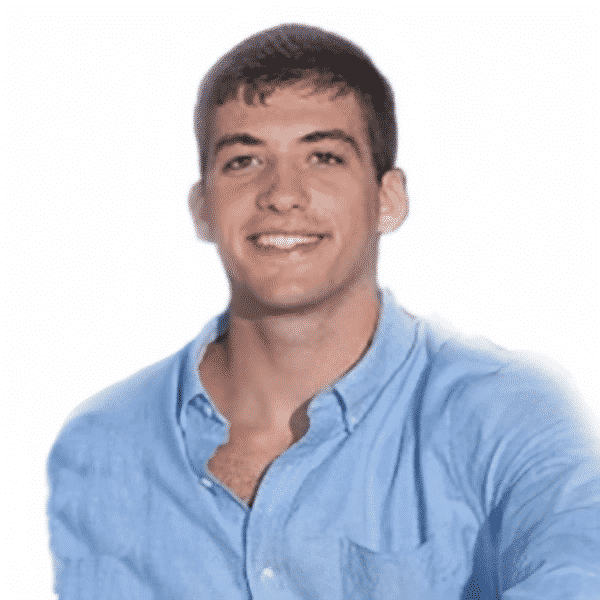 Originally from Connecticut, David began his educational journey homeschooling where he had the opportunity to work with tutors and mentors to pursue a robust, educational path tailored to his interests. During this period, David established a connection to East Africa engaging in cultural bridge-building, technological and solar power development, and studying the wildlife and conservation efforts in Tanzania.

David went on to attend Phillips Exeter Academy in New Hampshire for all four years where he started a wildlife conservation club, played three varsity sports as captain of the water polo team, served as a dormitory proctor and peer counselor, participated in the inter-religious community and led Exeter’s community service organization as president, overseeing 70 student-led clubs. As a senior, David received MVP of the water polo team, the Excellence in French and American History prizes, the Wyzanski Prize for ethical impact, the Gifford Pinchot Conservation Prize, and the David M. Bitman Science Prize for genetics research. He held the honor of delivering the opening prayer during commencement for the Class of 2016. Following graduation, David spent the summer in Amman, Jordan studying Arabic and living with a Jordanian family.

David graduated Columbia University (Class of 2020) with degrees in sustainable development and economics. While at Columbia, David played on the club water polo team, was a member of Sigma Phi Epsilon and studied abroad in Kenya where he participated in research relating to ecosystem conservation, terrestrial paleoecology, and public health. Throughout college, he worked with asset management and hedge fund companies. 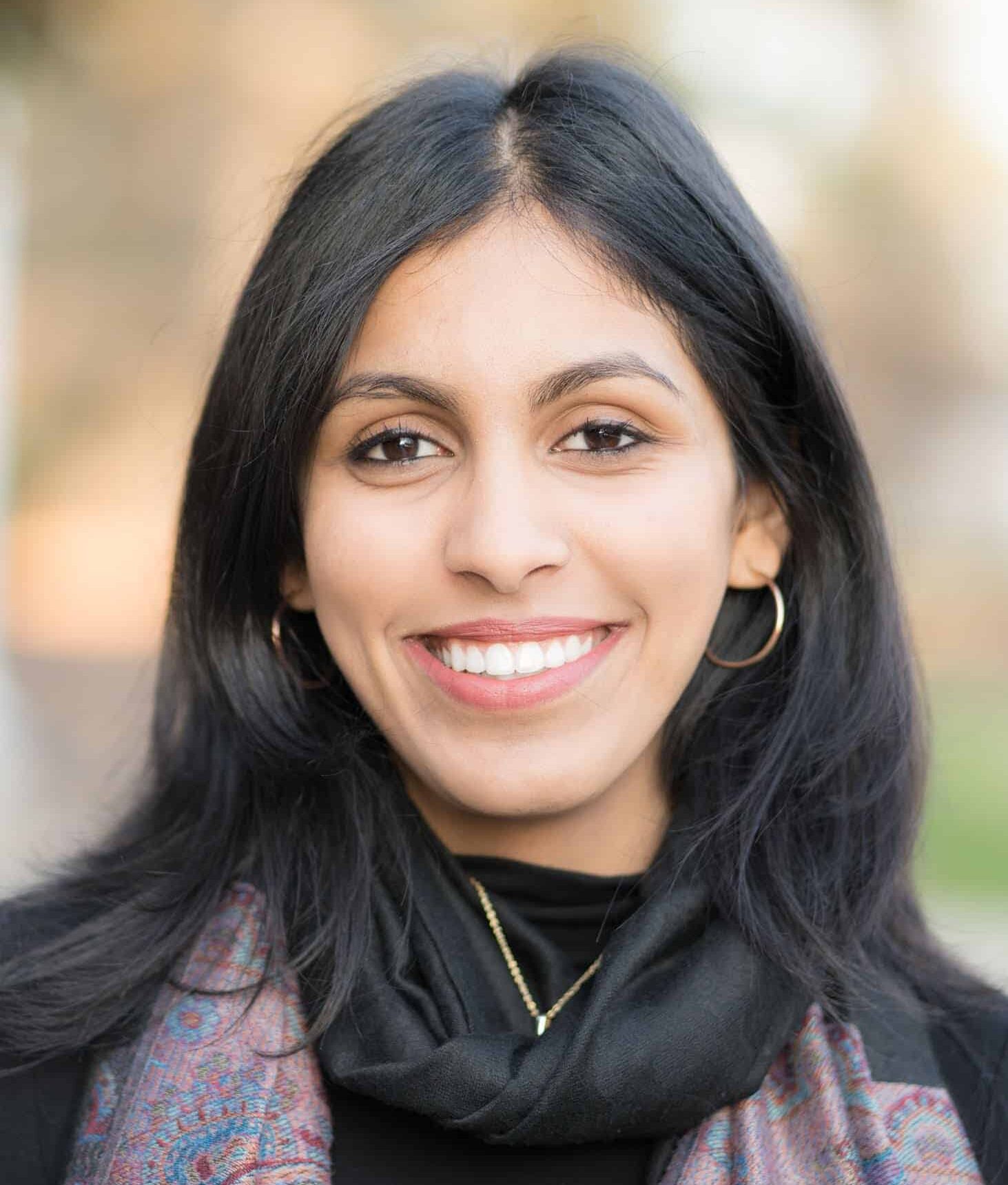 Born in India and raised in Dubai, Akshatha graduated from Emory University with a double major in international relations and music (vocal performance). At Emory, she was part of the Emory Concert Choir, the Emory Jazz Alliance, the university acapella group, and Theater Emory. She worked at Inspiritus, an Atlanta-based refugee resettlement agency as an Economic Empowerment Coordinator during the summers of 2018 and 2019, where she strategized wage and benefit negotiation for refugee clients.

She worked for two years as an undergraduate research assistant with Dr. Cherribi, Senior Lecturer in the Economics Department. Her research on populism in the EU, and Indian development linkages has been published in the Journal of International Studies, and Revue interdisciplinaire de sciences sociales. She is also a supporting author in the Routledge Handbook on Arab Media, edited by Noureddine Miladi and Noha Mellor." 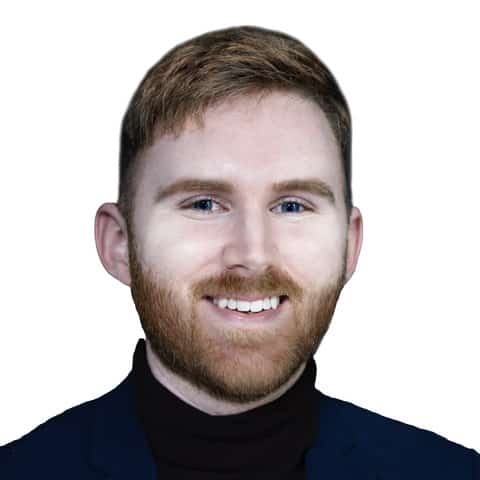 Jackson earned a Bachelor of Science in Anthropology and Human Biology with a double major in Media Studies from Emory University, where he received the full-ride RW Woodruff Scholarship and was a member of the Emory Scholars Program. He secured over $260,000 of merit aid across several scholarships, including the National Merit Scholarship, and was an AP Scholar with Distinction. During his time at Emory, he worked at the Emory Writing Center assisting students applying to university and graduate programs to create compelling essays. He was also deeply involved in the refugee community in Atlanta, Georgia as a summer school teacher and cultural liaison for newly arrived refugees. After graduation, Jackson taught English full-time at a private primary school in South Korea. 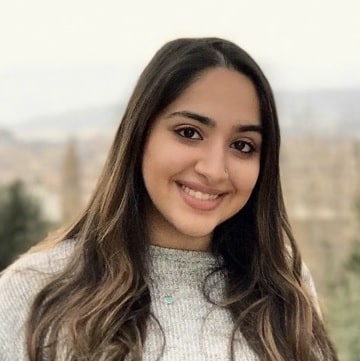 Born in Pakistan and raised in Texas and Dubai, Areesha began her multi-cultural journey at a young age. Her desire to travel and give back to her community led to her participating in unique opportunities during high school including a surgical internship at Aga Khan University in Karachi and an educational mission trip in Nairobi, Kenya.

Areesha studied Psychology and Business Administration at Baylor University, where she remained on the Dean’s List for all 4 years of college and received awards including the Student Involvement of Excellence Award and the McLane Scholars Grant. She was a member of the sorority Pi Beta Phi, along with the Psychology Honors fraternity, Psy Chi. Areesha studied abroad in London, England where she completed a Human Resources internship assisting large companies and neurodiverse individuals. Her other work opportunities included Marketing and Business Development roles at both small and large companies including a Big Four firm.