Unleash Your Potential
Home The US or the UK: Where should you apply?
OurBlog 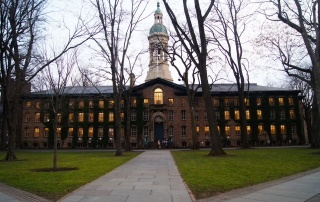 The US or the UK: Where should you apply?

With more than half of the world’s top 200 universities located in either the US or the UK, many international students are often faced with the dilemma of deciding where to pursue their higher education abroad. There is no doubt that both are popular destinations offering excellent learning environments, facilities, and opportunities to international students; however, there are several differences between the education systems and student life experience in the both countries that are important to consider when applying.

As an EU citizen and student at a British curriculum school in Dubai, I always thought that pursuing my undergraduate education in the UK or Europe would be the most natural way forward; unlike the US, the UK was geographically closer to home, I had family living nearby, and I would be continuing my education under the British education system, with which I was already more familiar. Most of the undergraduate courses in the UK were also three years long, as opposed to four in the United States. However, after visiting several American college campuses and hearing my friends in the US talk about their unparalleled undergraduate experiences there, it wasn’t long before I had my heart set on studying in America – much to the surprise and dismay of my parents.

In addition to studying for my A Level examinations and writing my UCAS personal statement, I began preparing for the SAT and working on the individual supplements required for the American universities to which I was applying. When the time came to make a decision, I accepted my offer to study at Tufts University, where I went on to complete a double major in Arabic and French Literature.

So, why is the US becoming increasingly attractive to international students?

Anushka Chugani is the Director of Operations at Hale Education Group and a graduate of Tufts University.