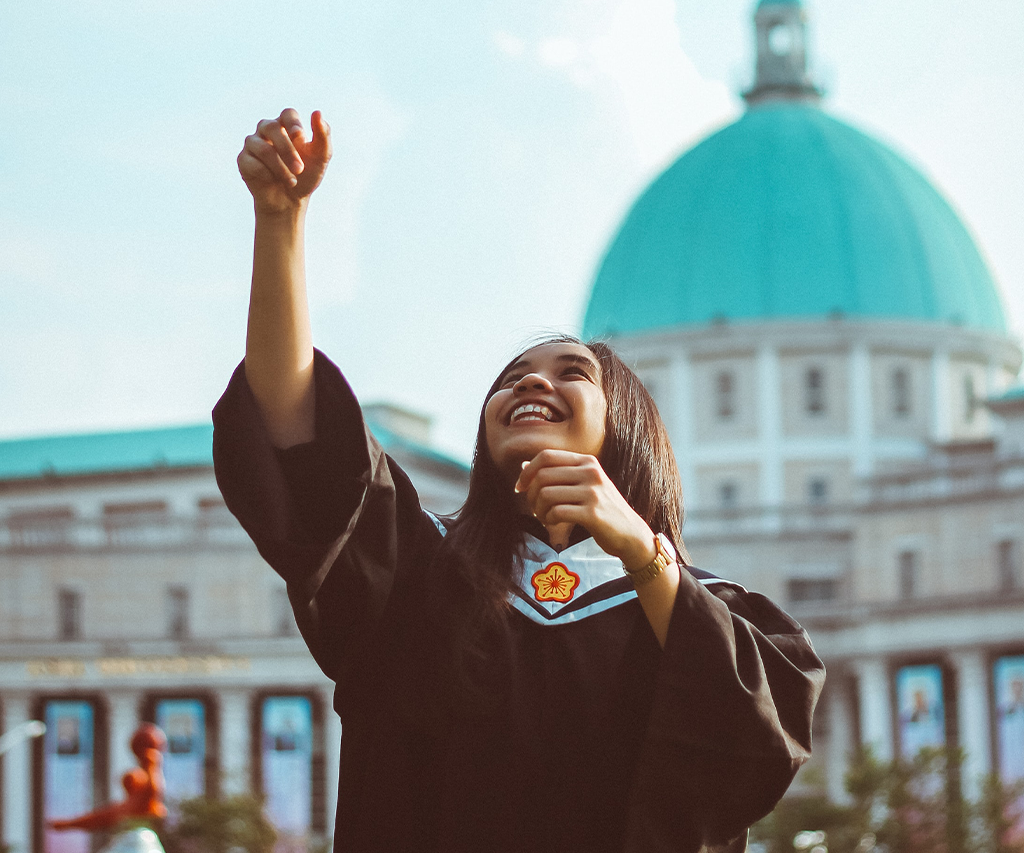 Peter Davos on Applying to US universities

Applying to American undergraduate programs is a daunting and confusing task for even the most highly motivated and prepared American students, but applicants from the UAE face particular challenges given their general lack of guidance and knowledge of the necessary processes, requisite criteria, and deadlines involved.

US university admissions committees assess each candidate for admission in a holistic manner, taking into account myriad non-academic factors and emphasising the importance of each candidate’s out of classroom activities. The major areas taken into consideration are: Individuality, Leadership skills, Participation in extracurricular activities, Grades and test scores.

The American methodology of assessment for university admission is quite different from those of other countries, in which a series of scores on national exams typically determine which universities students are admitted to and which courses of studies they are able to pursue. Students interested in pursuing undergraduate studies in the US must be aware of the factors involved upon entering high school, as preparation is a four-year process and only culminates with the submission of applications.

What is the top criterion?

Grades in non-core subjects, such as Religion, Physical Education, and Drama, are not typically taken into consideration by Admissions committees for assessment purposes. Grades during the student’s junior year (11th Grade) are weighted twice as heavily as those of freshman (9th Grade) and sophomore (10th Grade) years and universities prefer to see an improving grade trend through the first three years of high school. With the exception of Early Admissions applicants, who are assessed on the first three years of their high school record only, Admissions committees typically take high school grades through the first semester of senior year into account before issuing their admissions decisions.

When are applications submitted?

Applications are submitted in the fall/winter of senior year and admissions decisions are issued by the following April. Students should check each individual university application deadline, which can typically range from November to January. Applicants also have the choice of applying early to some universities and are typically notified in December, a month after the application deadline. Honours classes get more favourable treatment than standard classes

Not only are the grades in each class carefully scrutinised, but the rigour of the student’s academic curriculum is examined closely as well.

Students enrolled in the most challenging curriculum offered – whether it is in Honours classes, the IB Curriculum, or in a variety of AP Classes – will be looked upon more favourably than those enrolled in standard classes. The most successful applicants will exhaust the academic offerings of their respective schools and secure high marks in the most challenging classes available. They may demonstrate further intellectual maturity and mastery of academic subject matter by completing university-level courses while still in high school.

Another major factor in the admissions process, particularly for international students, is the completion and submission of an array of standardised tests, which should be completed by October of the student’s senior year.

Demonstrating proficiency in the English language is a sine qua non of studying in the US and all students whose native language is not English should complete the TOEFL or IELTS, standardised exams that measure English proficiency.

US universities prefer the TOEFL to the IELTS, so the former should be taken, when possible.

The numbers that get you in

Given the relatively small number of applicants to US universities from the UAE, American university admissions committees may not be familiar with the comparative strength of one school’s curriculum to another. All “A’s” are not created equally and Admissions officers must be able to compare apples to apples. It is for this reason they place particular emphasis on the results of the SAT, SAT II, AP, and IB exams, which allow them to honestly and objectively assess each student’s aptitude and knowledge of specific subject matter.

The SAT Prep, the most important of these exams, is composed of three sections – Critical Reading, Math, and Writing – and is offered six times a year internationally. Every American university publishes the 25th and 75th percentile SAT scores of admitted applicants from the previous year and students can easily access this information.

Candidates must be realistic in their expectations and compare their scores to those of admitted applicants; those with scores significantly below the mean for accepted students will face decreased prospects for admission.

No student should take the SAT more than three times and I recommend that they take it once during May of their junior year, allowing enough time to take it again in October of their senior year, if necessary. Universities do not view a student who has taken the SAT more than three times favorably, as this is not an effective use of their time and rarely do scores increase after three attempts. Most universities will take the highest individual score on the Critical Reading, Math, and Writing sections into account, even across multiple exams. Highly selective universities require SAT II subject tests from applicants, although many universities, such as Boston University, have moved away from requiring them.

While the SAT is not required of international applicants to less selective US universities, it is of those to more selective universities, and I highly recommended that all students take it after a three-month preparation regiment.

Candidates seeking admission to the most selective US universities should also take two-three SAT II subject tests, which are offered in over twenty individual subjects. Up to three SAT II exams can be taken in a single sitting, as they are each one-hour long and are strictly multiple choice. Applicants to Engineering programs should take the Math Level IIC and Physics SAT II. These exams should be taken in June of a student’s junior year, allowing them to complete at least a full year’s course work in each subject prior to the exam.

The importance of extra-curricular activities

Applicants to US universities should also demonstrate an active and committed involvement to the same three-four extracurricular activities throughout high school. Whether this involvement is in sports, music, drama, volunteering, part-time employment, internships, student government, or in student clubs, is not as important as continued participation in the same core group of activities. Ideally, the student should progress and advance in terms of leadership positions within each activity. For example, the student may start out as a Member of the Model UN Club as a freshman, progress to the position of Secretary as a sophomore, Vice-President as a junior, and President as a senior. Students that only discover volunteering for a one-month period in the summer before senior year or start participating in extracurricular activities their senior year are not looked upon as favourably as those applicants with a track record of several years of extracurricular involvement and leadership.

What are the other criteria?

Other criteria that factor into the US admissions process, such as the personal statement, supplementary essays, college interviews, demonstrated interest, “hooks”, and teacher recommendations will be the subject of next week’s column. Parents and students should know that applying to US universities is a rigorous process, as students will be assessed on their academic and extracurricular records through the entirety of high school. The US system of undergraduate education emphasises the development of the student as an individual, as well as a contributing member of the school campus, and applicants should have secured the proper foundation before leaving the UAE.

Peter Davos is the Founder and CEO of Hale Education, a Dubai-based us education consultants focused on helping students secure admission to American universities. He holds degrees from Johns Hopkins, Oxford, and Harvard Universities, as well as a post-graduate Certificate in College Counseling from UCLA.