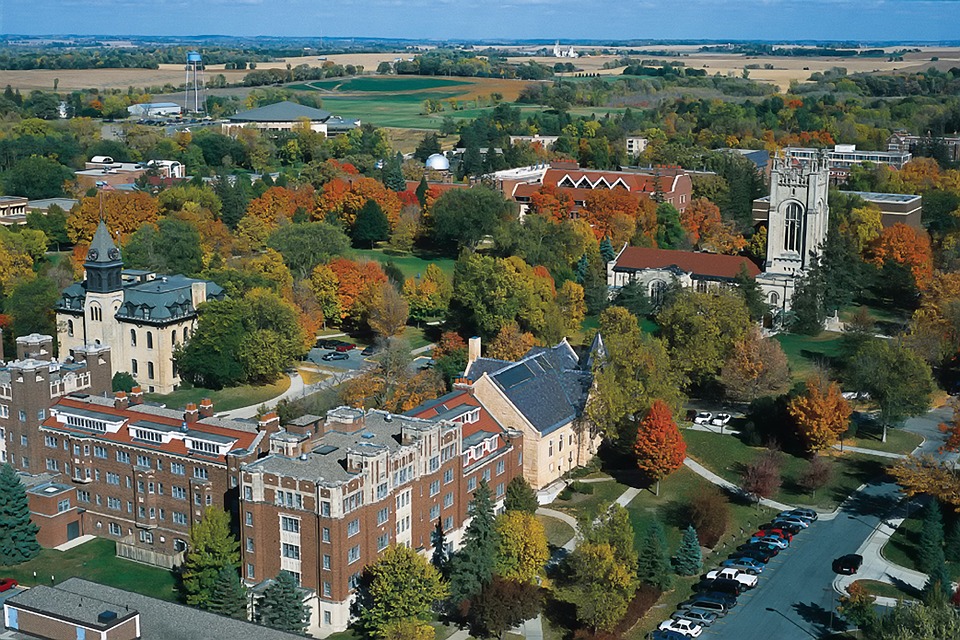 As the global economy continues its shift towards technological innovation and entrepreneurship, questions have been raised as to the perceived value a liberal arts education holds today. Does a liberal arts degree offer as strong a return on investment, both in terms of future earning potential and personal growth, as a STEM degree? Can liberal arts prepare you for “the real world?” And what can a person even do with a degree in history, much less, one in philosophy?

As two happy liberal arts graduates, we can attest not only to the immeasurable value of a liberal arts education, but also dispel some of the common misconceptions and misgivings surrounding the applicability and pragmatism of studying at a liberal arts college.

Here are some of the most common myths surrounding the usefulness of a liberal arts degree, and our efforts to debunk them based on our personal undergraduate experiences.

Reality: The keystone of the liberal arts curriculum is an educational philosophy which holds that a diverse and dynamic undergraduate study, coupled with an in-depth study of a specific discipline, is the best type of undergraduate education with which to endow a student. Many liberal arts schools have General Education or Distribution requirements, which compel students to take a certain number of classes across the arts, the soft sciences, and the hard sciences. The minimal and comprehensive division requirements also make it quite possible for students to double major. Students can major in both physics and philosophy, both French and economics, both studio art and astrophysics, unforced to choose between their niche-est of interests and their most practical sensibilities. Also, an increasing number of liberal arts colleges are creating partnerships with larger universities to create 3-2 programs which allow students to receive a bachelor of arts, as well as an engineering degree.

We at Williams (go Ephs!), never tire of pointing our peers to the annual Forbes college rankings. In 2017, Williams was ranked the #2 undergraduate program in the country, after Stanford University (#1), but in front of the entire Ivy League. Of the 2017 top 10 schools, 4 were liberal arts colleges (Williams #2, Pomona #7, Wesleyan #9, Swarthmore #10). In 2017, Pomona College (go Sagehens!) had an acceptance rate of 8% - the second lowest undergraduate acceptance rate in the state of California after Stanford’s -  while Dartmouth College, for example, had a 9% acceptance rate. Make no mistake; one cannot slouch one’s way into a top liberal arts school, anymore than one can happen upon a Harvard acceptance.

Myth #2: The study of liberal arts is not suited to the modern economy.

It is true that the demand for computer scientists and biochemists in today’s economy is substantial. Some of the largest and fastest growing areas of the US and global economies appear, on their surfaces, to be places wherein a humanities major might have little place. But this is not the case! Tech and entrepreneurial innovation do in part require a healthy number of scientists and engineers, but they also require people with the creativity and dynamism to come up with the next great idea. People with the perceptiveness, savvy, and holistic critical thinking skills are needed to recognize an idea worth investing in, from the venture capital side of the table. Not to mention the scores of people needed to brand, market, legally represent, and implement that idea in order for a company to grow and endure.

Investors and computer scientists alike over the last several years have highlighted with increasing urgency that liberal arts graduates are acutely vital to the kind of innovation famously born in the Silicon Valley, for example. One former tech giant went so far as to say, “technology alone is not enough — it’s technology married with liberal arts, married with the humanities, that yields us the result that makes our heart sing.” That giant’s name? Steve Jobs. Also, while there may be countless programmers around the world that can code, how many of them have the creativity to conceive of the next Uber, Airbnb, or Snapchat?

Because of the sense of camaraderie and tight-knit communities characteristic of so many liberal arts colleges across the country, such schools also possess phenomenal alumni network resources. Alums from schools like Amherst are famously committed to mentoring and advising Amherst students and young alums that succeed them, be it through summer internship direction, graduate school tips, or personal and career advice.

Myth #3: Liberal arts colleges are way too small and are not diverse.

Saint Anselm College's Alumni HallA liberal arts education isn’t just an American phenomenon, it’s one that’s relevant to all students from around the world. Liberal arts colleges attract all types of students and are only seeing increases in international applicants. Many liberal arts colleges boast significant  percentages of international students such as Claremont McKenna College (16.6%), Bryn Mawr (23.4 %), and Mount Holyoke (26.3%) according to US News Report.

Although many liberal arts schools report enrollments of only a couple thousand students in total, such numbers do not necessarily reflect the size of the academic community of which the given liberal arts school is a part. Pomona College has an enrollment of approximately 1,600 students, but is part of the larger Claremont Colleges Consortium, which provides students with access to a broader academic community that encompasses students from five other institutions. Undergraduates in the consortium can not only enroll in classes at the other colleges, but can also enjoy the dining options of four other campuses (which include Scripps College, Harvey Mudd College, Pitzer College, and Claremont Mckenna College).

Furthermore, a small school can offer class sizes and student-professor interactions unprecedented for the average undergraduate student. At Williams, for example, tutorial-style classes mirroring the Oxford model are offered each semester across all departments. Tutorials are classes comprised of two students and one professor, wherein a pair of students meets weekly to discuss reading and their own written material with a professor. That’s a 2:1 student-teacher ratio! Williams, a liberal arts school with only a handful of graduate students and slightly over 2,000 students in total, can offer this kind of student-teacher ratio, generally reserved for advanced graduate students, at the undergraduate level to students of any age and in any subject.

So have we sold you on a liberal arts education yet? Well, if all of our myth busting didn’t persuade you, then hopefully the words of American billionaire Mark Cuban will -- “I personally think there's going to be a greater demand in ten years for liberal arts majors than there were for programming majors and maybe even engineering, because when the data is all being spit out for you, options are being spit out for you, you need a different perspective in order to have a different view of the data.”

There is no wrong choice when it comes to selecting a college, so long as your choice is an educated one.