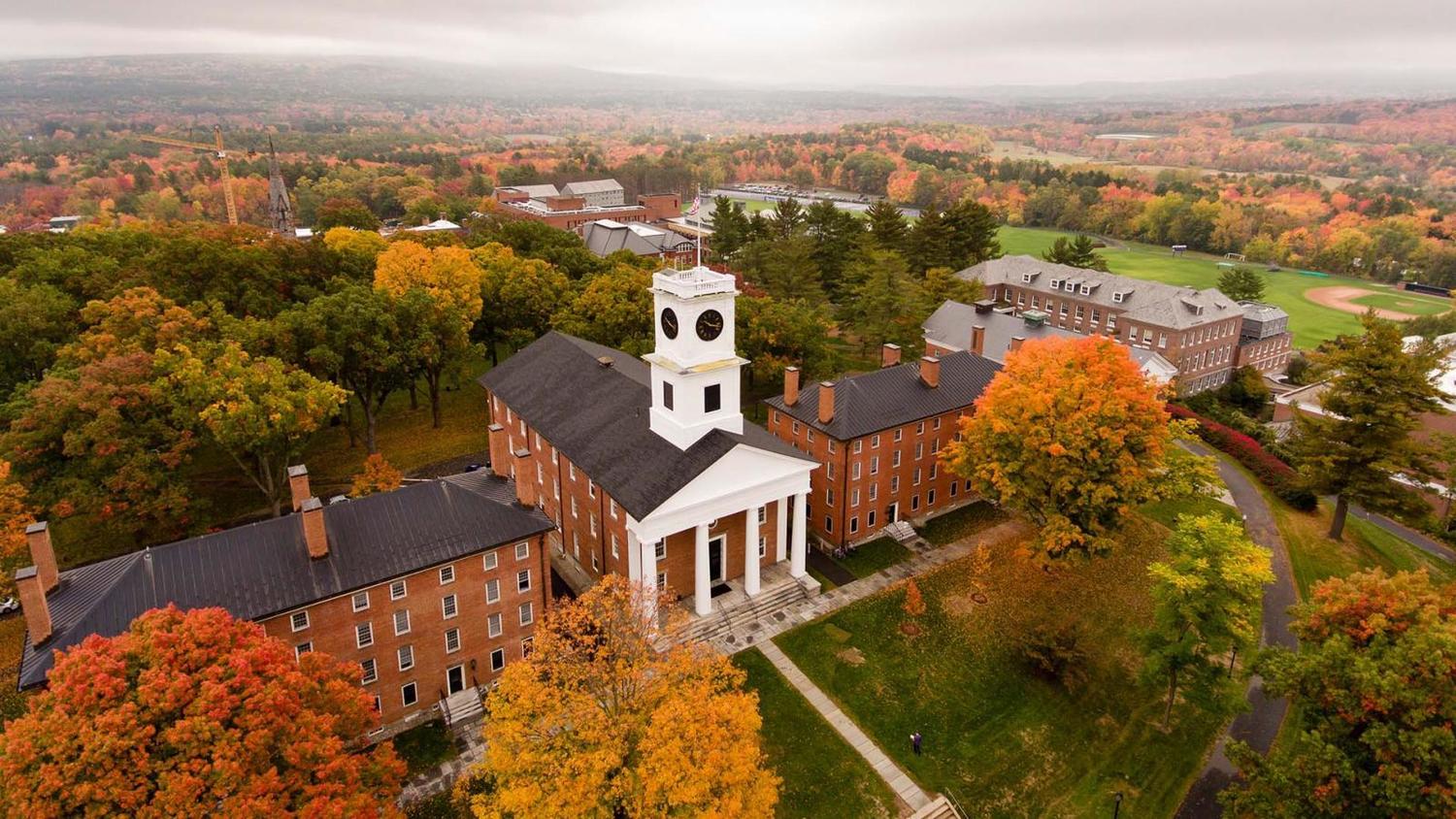 For many, the phrase “liberal arts” invokes confusion. Why liberal? Why arts? Does studying “liberal arts” mean one does not have a chance to learn the sciences? The term has its roots in ancient Greek and Roman civilizations. In these societies, where slavery was rampant, free men, liber, distinguished themselves by learning across various disciplines that included logic, grammar, and astronomy. The nature of these liberal studies underwent changes over the years, and today, especially in the US, the term “liberal arts” generally designates college-level learning that hews less to the vocational and more to the theoretical. By exposing students to a wide array of disciplines, a “liberal arts education” aims to inculcate critical thinking skills that prepare young people to be free and socially-engaged citizens. Nearly all universities in the US offer a liberal arts education, but only a few of them are considered liberal arts schools. So, what is the difference?

When I joined Amherst College, a top liberal arts school in Massachusetts, the first thing that struck me was its size. In Kenya, where I had attended high school, universities were huge, often with a minimum of 10,000 students. In contrast, Amherst had about 1,600 students in total. Although it sat on a large piece of land, only a small part of it was built. As I would learn later, this was a central aspect of most liberal arts schools: they were small. Unlike Brown, Harvard, or Yale, most liberal arts schools only offered undergraduate degree programs. Few had any graduate students. Williams, Smith, Middlebury, and Hampshire College ⁠— the other liberal arts schools that I got a chance to visit ⁠— were all about the same size. Despite their small sizes ⁠— which made some people think it was easy to get accepted there ⁠— these schools were as competitive as the Ivy Leagues. With an acceptance rate of 14%, for instance, Amherst was as competitive as Cornell. With a 9% acceptance rate, Pomona was on par with Brown.

Another big advantage is close interaction with professors due to small class sizes. At Amherst, most classes had less than 15 students. As a result, I had many opportunities to connect with professors. I had taken this for granted in the beginning, but in my junior year, I studied abroad at the University of Edinburgh, where classes had an average of 200 to 300 students. In such a large university, there was almost no chance of developing a personal connection with the lecturers. At Amherst, classes were conducted in the form of discussions by professors who were top scholars in their fields. Often, students also had a chance to shape the discussions. By the time I graduated, I had become close to most of my professors, and even today, I keep in touch with them. In short, the kind of mentorship available in liberal arts schools is hard to match in larger universities where professors focus on research and supervising graduate students.

Academically, most liberal arts schools offer a wide range of majors. The common myth that one cannot study the ‘hard sciences’ in a liberal arts school is far from the truth. At Amherst, for instance, there are 40 different majors spanning the natural sciences, social sciences, foreign languages, and the arts. Examples include Biochemistry, French, Mathematics, Music, Economics, Black Studies, and Computer Science. Some students choose two majors, a few ambitious ones choose three, and others design their own majors. Although picking and fulfilling the requirements of at least one major is mandatory in most schools, students are encouraged to take courses across different departments. Even as an English major, I was still able to take fascinating classes like Multivariable Calculus, Digital Africas, Eisenstein’s Cinema, and Exploring the Cosmos. These classes broadened my perspective and equipped me to engage thoughtfully with diverse issues.

Outside academics, liberal arts schools have a vibrant social life within a close-knit student community. During my time at Amherst, there was always a host of events that students could attend. For students interested in politics, globally-renowned speakers like Martha Nussbaum and Masha Gessen came to campus and gave talks to packed rooms. For those into music, the Buckley Recital Hall hosted weekly music events where one could catch a performance of Carmen or listen to bossa nova by Brazilian bands. As for sports and athletics, there were dozens of options: soccer, baseball, tennis, track, basketball, and many more. Student clubs captured a wide range of interests, from manga to fiction, from a cappella to dance. For students interested in off-campus activities, Amherst Town and the nearby Northampton had plenty of coffee shops, bars, and music venues.

Perhaps more than anywhere else, students in liberal arts schools tend to have a strong sense of social engagement. In my first semester at Amherst, for instance, Amherst students held a sit-in that was christened “Amherst Uprising.” In the sit-in, the students declared their solidarity with the nationwide protests against racial discrimination. In the following years, I became aware of issues of diversity, sustainability, and socio-economic equality. Although I joined college largely ignorant of these pressing issues of our time, I credit Amherst for opening my mind and challenging me to ask better questions and to seek better answers. I am grateful that Amherst molded me into a freer, bolder, and more engaged citizen of the world.
Elijah Koome is an educational consultant and a graduate of Amherst College.