US Universities
Admissions Made Easy
Home College Curricula: Which One is Right for You?
OurBlog

College Curricula: Which One is Right for You?

Open, closed; flexible, rigid; gen-eds, majors—despite commonalities in their approach to education, universities in the United States differ on what they expect of their students and their educational philosophies. All schools require a set number of courses prior to graduation, but the path to that set number varies from campus to campus. Typically, a liberal arts education requires students to complete general education requirements, or gen-eds, in a variety of fields: a few math courses, a couple of science courses, and a handful of English courses combine to a well-rounded liberal arts student. The more rigid of these schools determine exactly what those gen-eds are; the more open of these schools don’t abide by gen-eds in the first place. When it comes to academic flexibility, universities in the United States span a broad spectrum.

Columbia is renowned (or notorious, depending on where you stand) for its Core Curriculum. Rooted in an educational philosophy that privileges a shared body of knowledge, Columbia requires all its undergraduates to complete a common set of courses in the humanities and the sciences. In Literary Humanities, or LitHum, students read Toni Morrison’s Song of Solomon and Dante’s Divine Comedy; in Contemporary Civilization, or CC, students analyze Gandhi’s Hind Swaraj and Jean-Jacques Rousseau’s On the Social Contract. The Core ensures a commonality of experience among Columbia’s undergraduates. All students, whether they’ve earned a degree in Astronomy or Anthropology, have built their education upon a similar academic foundation.

Most core curricula, however, are less prescriptive than Columbia’s. UChicago has situated its own Core somewhere between Columbia’s common courses and the distribution requirements typical of liberal arts schools. At UChicago, these requirements span three fields of study: the humanities, the natural sciences, and the social sciences. To fulfill the social science requirement, a student might choose between Power, Identity, and Resistance; Global Society; or Social Science Inquiry. These courses last three quarters and act as a yearlong sequence. Like most American universities, UChicago requires that students enroll in courses across a variety of fields. Within the fields the university has set, students have the flexibility to choose the courses that most interest them.

On the opposite end of the flexibility spectrum lie schools like Brown and Vassar, both of which feature an open curriculum. In the name of allowing students to act as architects of their own education—a turn of phrase Brown adores—undergraduates are not required to fulfill distribution requirements. Instead, they only have to fulfill the requirements of an individual major in addition to one or two writing-focused courses. Beyond those requirements students are free to take the courses they want. Students are free to become as balanced or as lopsided as they wish. A student at Brown, for example, might delve into courses in the humanities without ever opening a math textbook. That same student is also free to mold Brown’s Open Curriculum to mirror Columbia’s Core Curriculum. While the freedom of selecting all of your courses can feel liberating, some students might find the lack of explicit direction disorienting.

Regardless of a school’s rigidity or flexibility, all students are required to select at least one major. Some students opt to double major by completing the requirements of two separate majors. While these majors are often related—History and Middle East Studies, Public Health and Biology—it is not unheard of for students to pair Art History with Chemistry, or Neuroscience with Political Science. If these disparate pairings remind you of your own interests, a double major might suit you—but plan ahead.  Those hoping to double major should plan early. Double majoring tends to be easier at a school with fewer distribution requirements; it’s easier to fulfill often major requirements across the board when obligatory English courses aren’t looming in the distance. Double majoring at schools with more stringent requirements is still feasible, but calls for sharper foresight. If you know you might be interested in double majoring, research early on the courses your prospective majors demand, lest you find yourself scrambling to complete five mandatory Economics courses your senior year.

Coming from high schools that dictate the courses a student must take, some applicants jump at the opportunity to eschew requirements and pursue only what interests them. Others appreciate both the structure and the common ground that a firmer core curriculum offers. Where you find yourself on that spectrum depends largely on what you value as a student.
Nathan Vanelli is an educational consultant and a graduate of Brown University. 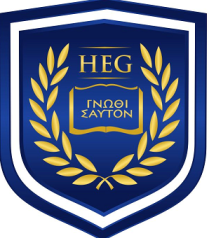